On the 10th and 11th February, HackData 2.0, a data-science hackathon was organised by ACM – SNU Chapter in collaboration with ACM-W. It was a 30hr long hackathon that saw participation from all over the NCR region – 30 teams, coding rigorously for 30 hours straight.

The participating teams were to use publicly available data-sets to create an analytical/predictive model that could then be used to obtain solutions to everyday problems. There were six tracks that the teams could follow for developing their projects – Jukebox (music, media and entertainment), Code Cruise (travel), Bit Fit (fitness and healthcare), Money Matters (finance and business), e-Sarkaar (digital governance) and Autodata (AI and robotics).

The hackathon started at noon on the 10th. A lot of teams spent the first few hours ideating and finding datasets to be used later for training their predictive models. A significant amount of coding took place over the night with the participants taking alternate shifts to sleep and work. Coffee, cookies and chips fuelled many coders that one night.

On Day-2, after the submission of their code, the participants had to pitch their ideas to the jury – explaining to them the technicalities as well as the feasibility of their projects. Professors from the CSE department – Dr. Debopam Acharya and Dr. Anuradhha Ravi comprised the jury. All of the participants received T-shirts from Techgig and Stickers from several big names in the tech industry.

The team C4C – comprising Aditya Badola won the hackathon with team Sudo (Ankur Sharma, Sharan Pal and Royal Tomar) from IIITD coming in second and team 3AM (Yash Sharma and Vibhor Vimal) from DTU taking the 3rd position. There was also a special prize for an all-women’s team that was bagged by team Mosaic (DC Nikitha, Gurleen Ahuja and Simran Srivastava) from SNU. The winners walked away with cash prizes, T-shirts from Hackerrank, coupons, vouchers and lots of goodies.

‘Blueprint’ was a technical event conducted on Day 1 of Breeze 2018. The event was organised in the CAD lab of academic block D during the afternoon hours on Friday, 9 February. It was organised by ASME student members: V Abhishek Menon, Uditya Tyagi, Hariharan Mohan and Aditya Bharadwaj from the batch of 2019, Mechanical Engineering. 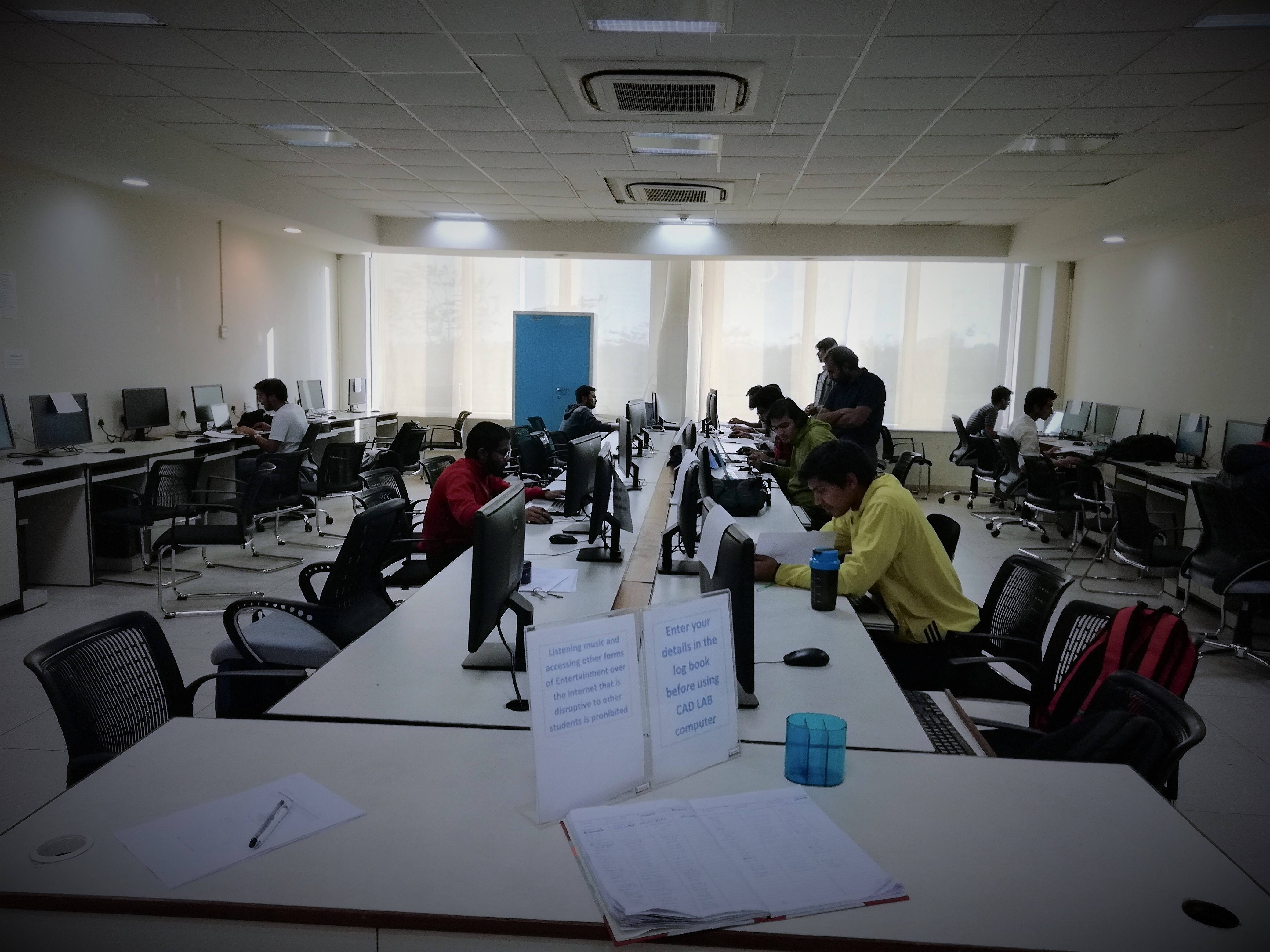 Participants working on their screens

At a time when a lot of people were outside enjoying the first day of Breeze and cheering their respective favourite teams and players, some students were sincerely trying to ace this technical event on their monitor screens brought to us by the ASME Student Division of SNU. The two hour event required participants to create a Pipe Vice Assembly using either SolidWorks or Fusion 360. 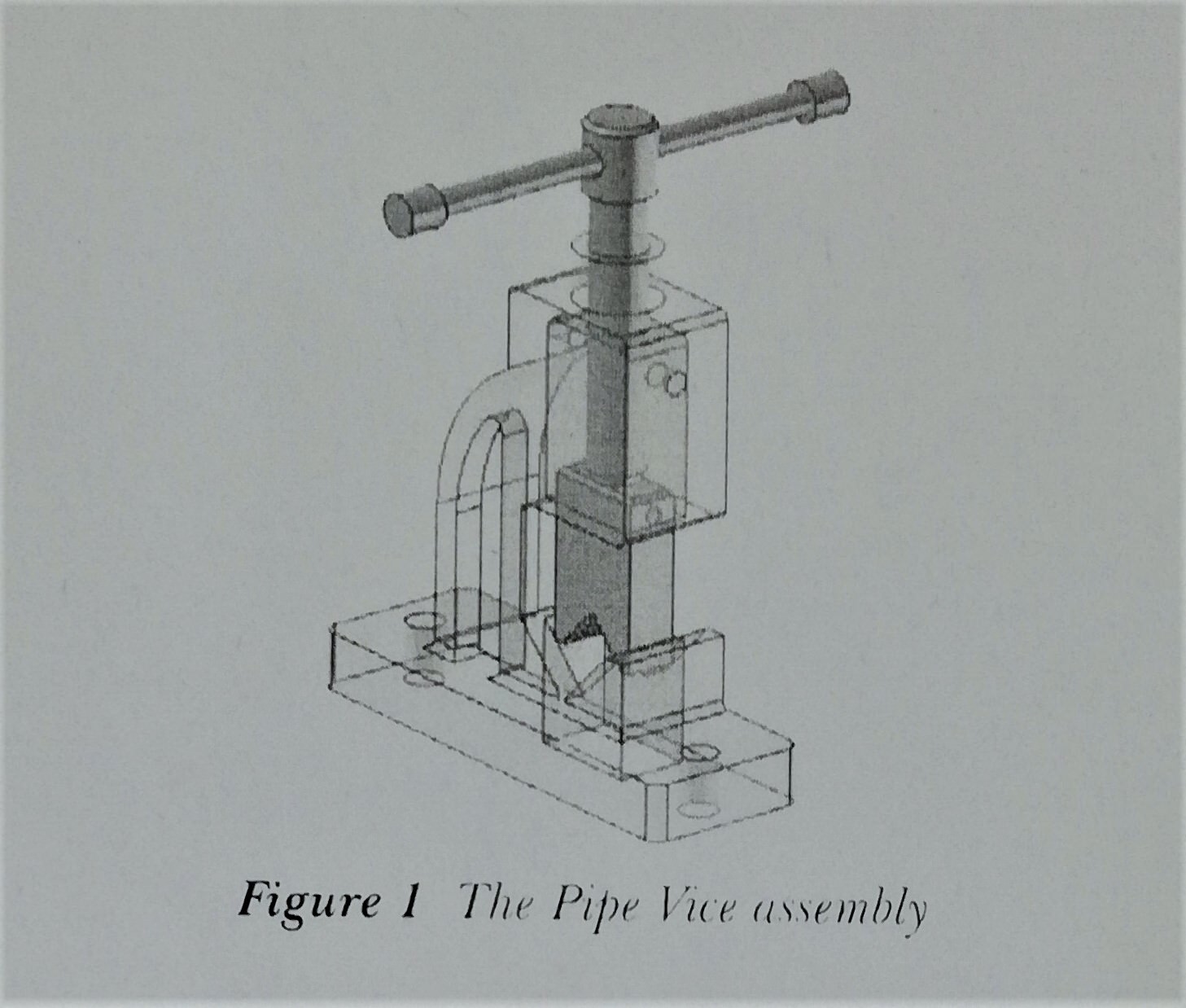 They were asked to first replicate each drawing in 2D as per the sheet provided to them. Later they had to model each component in 3D and then finish up by combining individual 3D models to create an assembly which would be later on judged by the organisers.

The results and prizes at the end of the event stood as follows:

In the Scrap To Finish event by Shilpkulam, the participants were to use things of everyday use like cardboard, wood, plastic rope, etc to create a working mechanism. The task assigned to them was to create a mechanism that could move 3 given weights (a ball, a cylinder, and a cube) as high as possible. (we were graded on how close to the table we could lift them, provided we could only mount the mechanism on the table). The participants’ models were graded on creativity, innovation, cost-effectiveness, efficacy, and time taken to complete.

RoboYantriki, the Robotics society of SNU organized three events as a part of Breeze 2018. The first, was Robo Soccer, a game that challenged the participants to use their technical skills of building robots as well as sporting strategies to compete in an involving game of soccer. The game was conducted in the open space in front of the library on the second day of the fest and saw the participation of a total of 10 teams, 7 of which were from outside SNU.
This was followed by Rally Race, a 3-in-1 robot race that had three zones – an Off Road zone, a High Manoeuvrability zone and a Speed zone – each with their own unique challenges and requirements for the bot. The flagship event saw 11 teams battling it out on the competitive track designed along the contours of Mount SNU.
The third event was a Line Follower Robot competition that was held on the final day of the fest. 10 teams competed in the event that challenged the participants to design a robot that could follow a complicated black path and make its way to the end in the shortest time possible.
The three events had a total prize money of over INR 16,000 up for grabs. Team Beetles and Team Last Catchers from SRM Ghaziabad and BML Munjal dominated RoboSoccer and Rally Race, grabbing the top two spots in both the events. Meanwhile, SNU’s Aadarsh V. Pryce grabbed the top honours in Line Follower with BML Munjal’s Dheerendra Verma following at a close second.

Atishay is a dreamer by day and a doer by the night. He will rise up to the occasion whenever public speaking, night-long conversations or free food is concerned. A major in CSE is what he pursues when the exams are near.

The quintessential socially awkward nerd next door trying to figure his way around life. Loves and lives for cars, travelling and chai.

Avid Manchester United fan, nostalgic about good old times when he did not struggle with OCD.