The morning had not even begun (by SNU standards) and two rooms of B block were jam-packed with students from colleges across Delhi and NCR awaiting the Solo singing competition: “Acoustyx”. Surprisingly, this time the students of SNU broke their long-standing tradition of postponing events and the competition began on time (Kudos to SNUphoria for that). The competition was divided into two categories – Acoustyx Indian and Acoustyx Western which witnessed footfalls of eighteen and twenty-nine teams respectively, from SRM, YMCA, DTU and various DU colleges, among others, totalling around thirty-five colleges. The organizers of the event, part of the Music Society of SNU, SNUphoria, attributed this large turnout to the free registration and the contacts SNUphoria has acquired by participating and establishing its name in the music scene at the college level, throughout the year.

The time allotted to each team for prelims was four minutes, while the time limit for the finals was six minutes, inclusive of the sound check. The participants were informed that ten percent of their marks will be deducted for each minute they were to exceed. Judged by our very own members of SNUphoria, eight teams made it to the Acoustyx Indian finals while twelve teams made it to the Acousytx Western Finals. A renowned name in the World of Indian Classical Music, Dr Snigdha Biswas was the judge of Indian Finals. Sanjeeta Bhattacharya and Pranav Pokhriyal, both Alumni of Berklee College of Music and part of the famous Berklee Indian Ensemble judged the Western Finals. After an intense competition which went on for more than two hours, Hansraj College, DU emerged as the major winner-with Vaishnavi Tyagi bagging the first prize in the Indian Finals and Aditya Paul coming second in the Western Finals. Other winners were Sanchayan Joarder from Ramjas, who came second in Acoustyx Indian and Mayank Mittal from DTU, who was awarded the first prize in Acoustyx Western. The winners took home prizes worth Rs. 6000 in each category.

Crescendo: Battle of the Bands

I regret to say that I missed the first day of Breeze this year but the gods of the fest were kind to me because I managed to come back in time for a supercharged event on the second day (10th February) which got a nerdy, staid gal like me head-banging. Not jumping up and down per se, but I was vigorously nodding in my chair. The event in question was the Battle of the Bands: Crescendo, organised by the music society, Snuphoria and it brought some of the most rocking bands to the stage this year. The bands like Common Thread (Shaheed Bhagat Singh College, DU), Infusion (IIT Delhi), Knight Shades and Acid Pit (an experimental groove metal band) were the contenders for the cash prizes of 18k and 12k for first and second place respectively.

First place was taken by the Knight Shades, who had confident vocals, mad ukulele shredding and creative elements of a horn instrument and a whistle thrown into an energetic, upbeat performance. They performed one song for 19 minutes out of the given 20 and some points I did get beach rock vibes but the prize was well-deserved for capturing the listeners with a tightly executed performance.

Acid Pit came out with second place for unleashing the beast within listeners with visceral growling characteristic of the metal genre. Stage presence was a brownie point for this band as well especially with the lead vocalist Gaurav Dabral swinging his mane hypnotically to the music.

A much recommended event for Breeze generally, I’m sorry if you missed it this year but do attend it next year to break out of the safe monotony of everyday life. And I hope Snuphoria considers holding the event not in broad daylight like this time but at dusk or at night so that I can head-bang properly without worrying about the Log Kya Kahenge Syndrome. The trippy stage lights would be an added bonus too.

On 11th Feb 2018, B016 witnessed an acapella contest more intense than the International Championship of Collegiate Acapella at the Lincoln Center, New York. The Delhi acapella circuit battled it out in the most melodious way possible. The soundchecks were also so well synchronized and conducted, that they seemed like a separate performance altogether.

14 different teams from Delhi NCR participated in Snuphoria’s event for Breeze 2018. To name a few, SRCC, Sri Venkateswara College, Gargi College and Miranda House rode their way through the bumpy unmetalled roads of Dadri into SNU, to put their best pitch forward.

After getting delayed by more than an hour and a venue shift, the competition began with Delhi College of Arts and Commerce’s Dastagah’s acapella rendition of Michael Jacksons’s Thriller and Sam Smith’s Writings on the Wall. They were followed by Shaheed Sukhdev College of Business Studies’s music society Dhwani, who stood second for their performance of Taylor Swift’s So It Goes and Justin Timberlake’s Summer Love, and the latter also earned them a special mention from the judges. Miranda House’s Orpheus, SRCC’s Catharsis and Lady Shri Ram College’s WMS performed later. The conductor of WMS also earned a special mention form the judges. Next to perform were IIIT Delhi, who made their debut in the Delhi acapella circuit at Breeze’18. There was an abundance of euphonies as Gargi College’s Euphony and Janki Devi Memorial College’s Euphonie performed one after the other. DTU’s Madhurima had a few familiar voices most of us had heard at the Color Chords event during Rocktober. They also paid a tribute to Linkin Park’s Chester Bennington in their performance. Following them, came Shaheed Bhagat Singh College’s Audiophile and Jesus and Mary College’s Echo. The latter delivered a performance so energetic that the entire audience could be heard cheering and tapping their feet to the beat. They performed a mashup of four songs, two of them being Right Round by Flo Rida and It’s Raining Men by The Weathergirls. According to the judges, Echo showed a lot of growth compared to their last performance, with amazing blend, dynamics and energy. Following them was Sri Venkateswara College’s Crescendo, dressed in an offbeat shade for hoodies- baby pink. Their team comprised of a lot of solo event winners as well.

The two-hour long came to an end with the winners in tears of happiness and the others left more enriched with the feedback given by the judges. We hope to see a turnout as great as this year’s net time as well. Kudos to Snuphoria for putting together an event of such a scale and successfully hosting it. 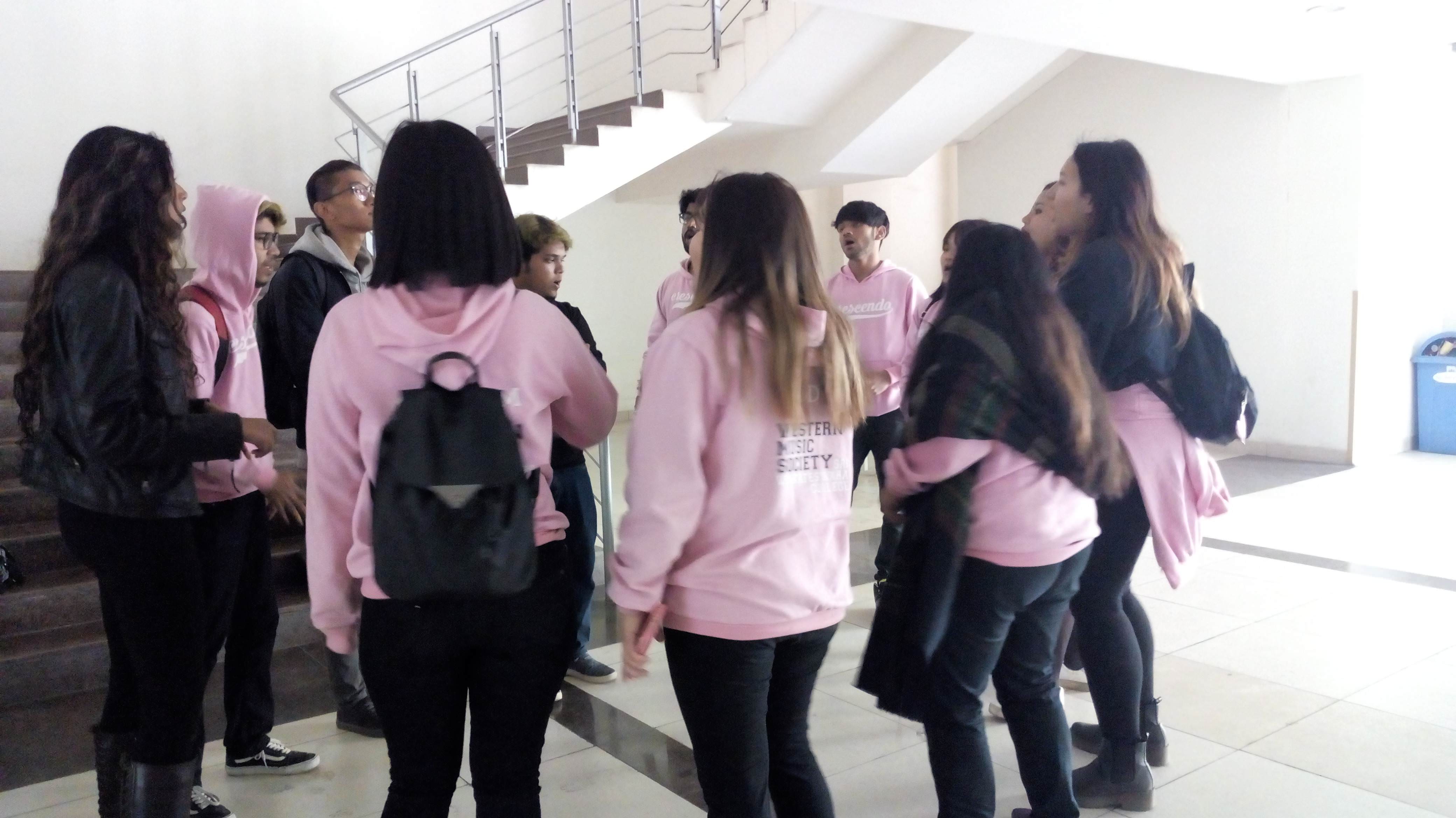 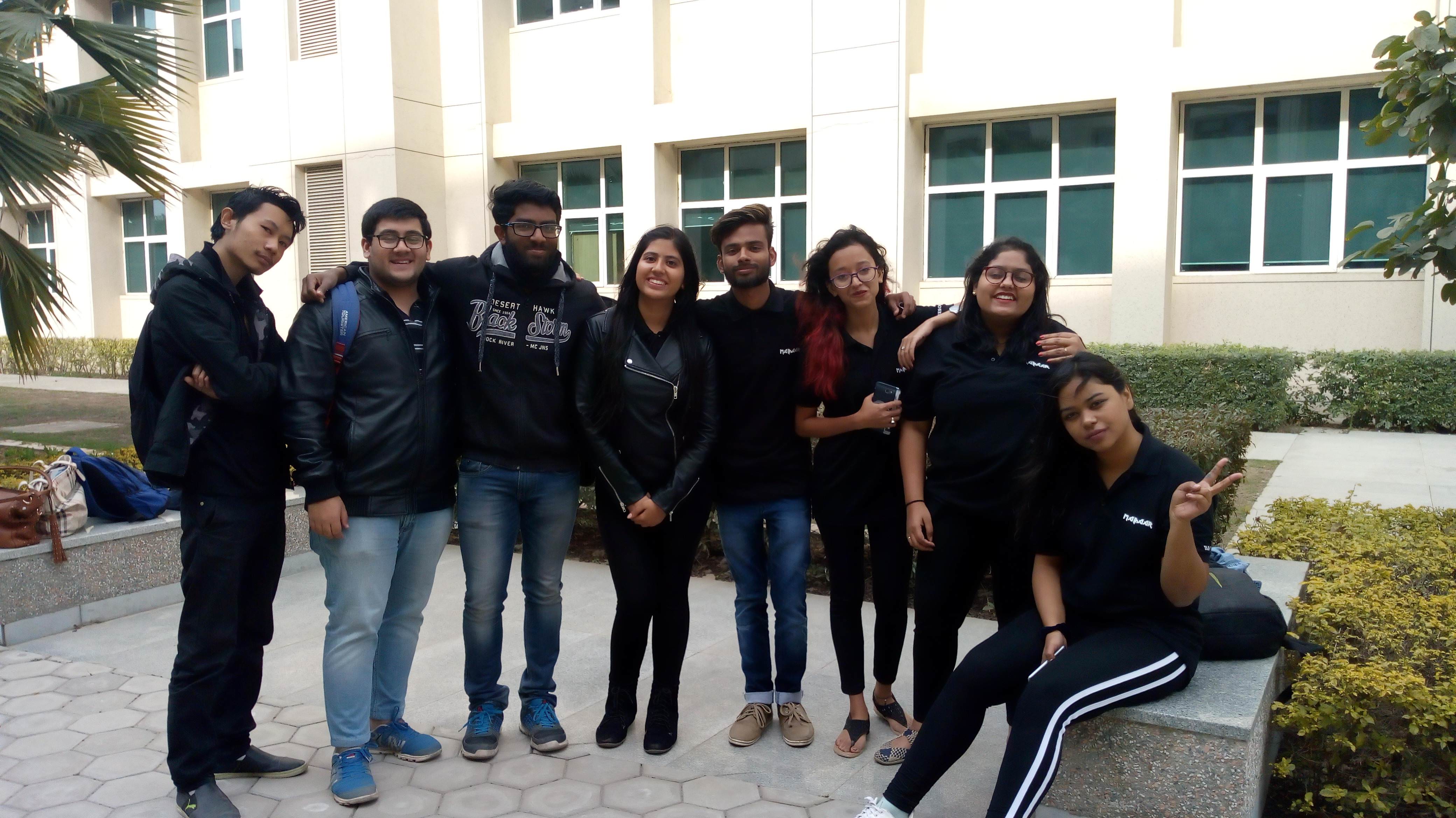 I think that we should care about the little things in life like my articles so go read them.

She spends most of her time stressing out but when she's not she is blissfully daydreaming about...well, a lot of things.

Not your average Sharma ji ki Ladki, but a 20 y/o aspiring achiever of the Koffee with Karan hamper, with an admiration for alliteration.