As you move south from Mexico City towards the Mexican mayoralty of Xochimilco and its famed canals, you will find the ‘chinampas’- lush floating gardens, energetic mariachi bands on brightly painted trajineras and cozy tourists on canoes. The chinampas are a UNESCO World Heritage Site and live up to their heritage as a party destination.

However, travel far enough, and you will reach a very special island on the Teshuilo Lake on the Xochimilco canals. Physically, the island is same as any other on the canal system but it is what you find on it that makes it so grotesque. 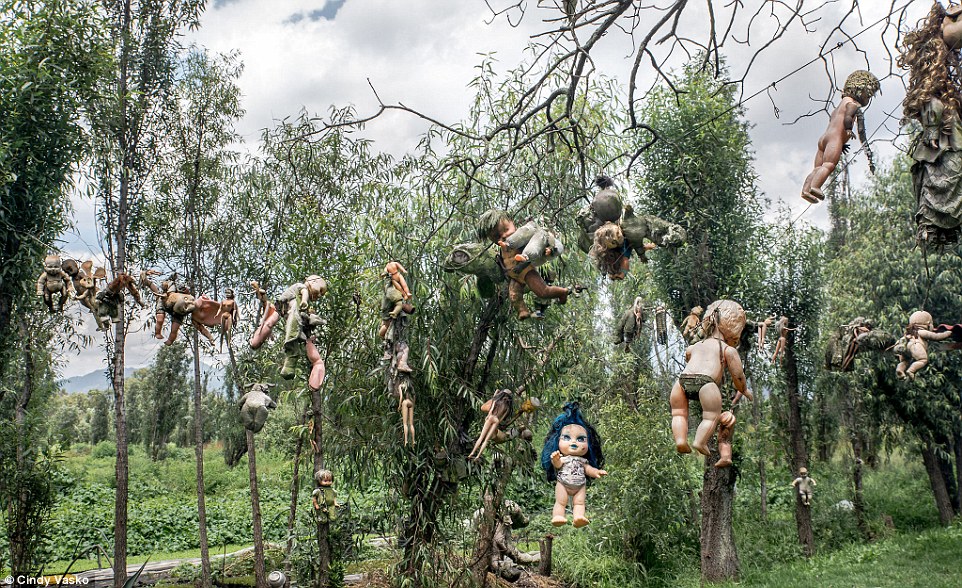 This island, known as ‘La Isla de la Muñecas’ or the Island of the Dolls, is home to the cracked heads and severed limbs of hundreds of dolls. These nightmarish dolls hang from trees, hide among bushes and are strung up from the wire fencing all around the island. In the daylight, the dolls just seem macabre, but in the night they look positively horrifying. 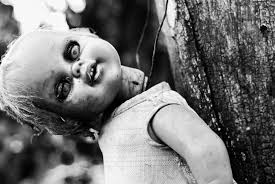 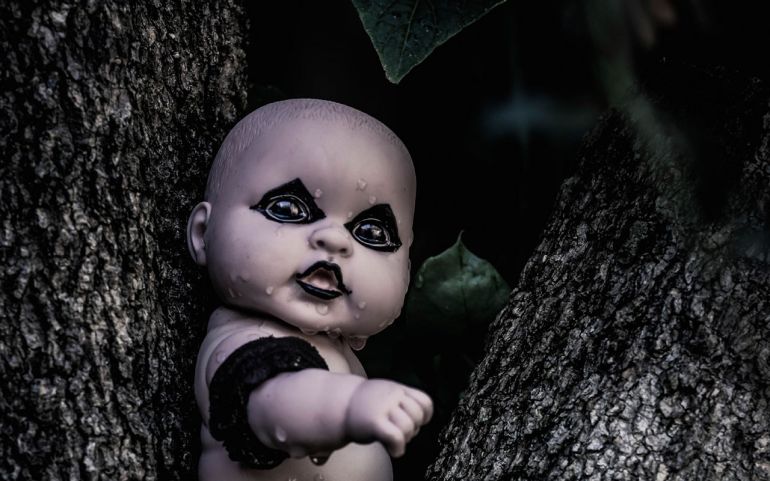 The legend behind this grisly decor centers on one man, a hermit named Don Julian Santana Berrera (below), who became a recluse on this island in the 1950s. The tale goes such – one day, Berrera found the body of a young girl floating in the canal near his island. He blamed himself for not being able to save her life. A few days later he found a doll floating nearby. Assuming it was the girl’s; he fished it out and strung it from a tree as a tribute to her memory. 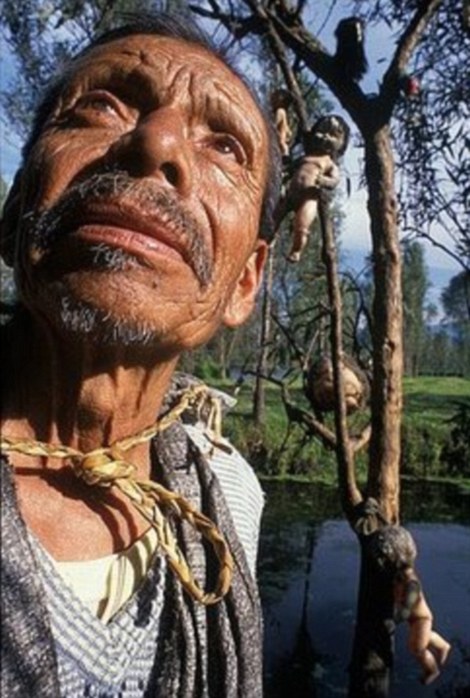 While this tale has never been corroborated, it is true that something happened which caused him to undertake a decades-long process of stringing up dolls all over the island. Apparently soon after hanging the first doll, Berrera started to hear footsteps and anguished wailing around his hut, even though there was no one living for miles. Terrified, he believed that the girl’s spirit was haunting the island and the doll and in an effort to appease her, he started to fish out any dolls or doll parts that he found floating in the canals and hung them up from the trees. On his rare trips away from the island, he rummaged in trash heaps and exchanged his fruits and vegetables for old dolls, resulting in the broken and dismembered collection seen on the island today. 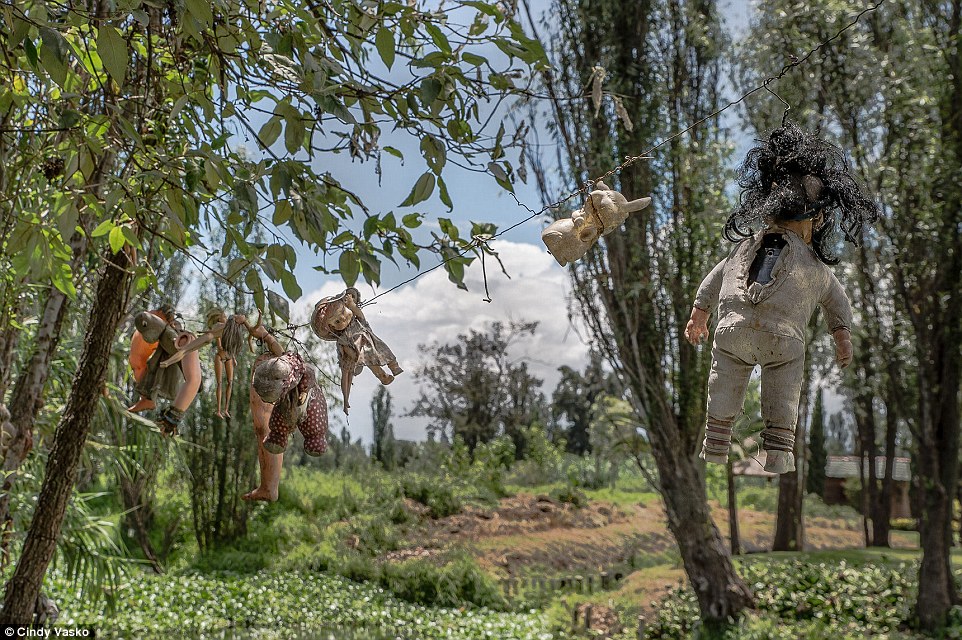 In a creepy twist to the story, in 2001, Berrera was found dead by his nephew, supposedly drowned in the same place where he found the body of the girl. People believe that the curse of the girl’s spirit that inhabited the dolls led him to his death. Visitors to the island say that at night the dolls’ eyes follow them around and that they can often be heard whispering amongst themselves. Some say that they feel the malevolence of the dolls long after they’ve left the place while others say that the dolls are home to good spirits that act as protectors of the island. Whatever may be the case, there is no denying that La Isla de la Muñecas is a strange place, spooky and morbid. The fifteen hundred or so dolls that adorn this place have now been disfigured by their long exposure to the elements. They are covered by mold and have become homes for spiders and insects. 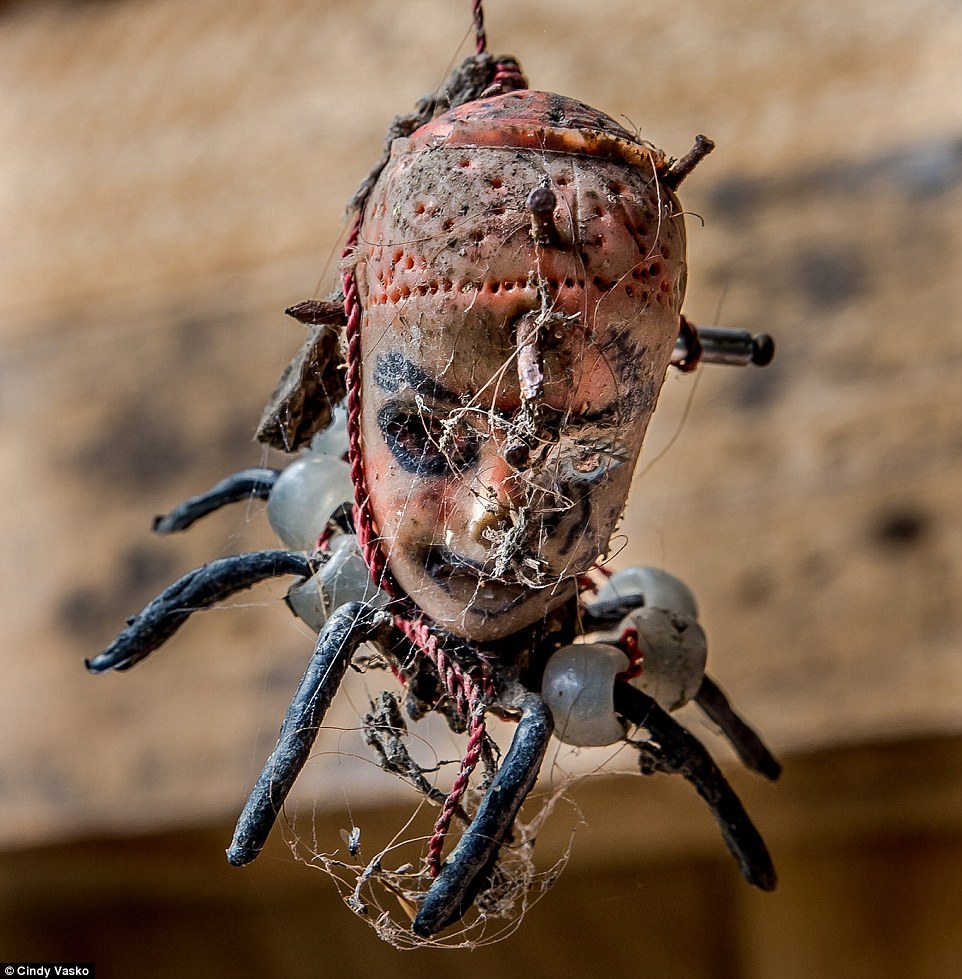 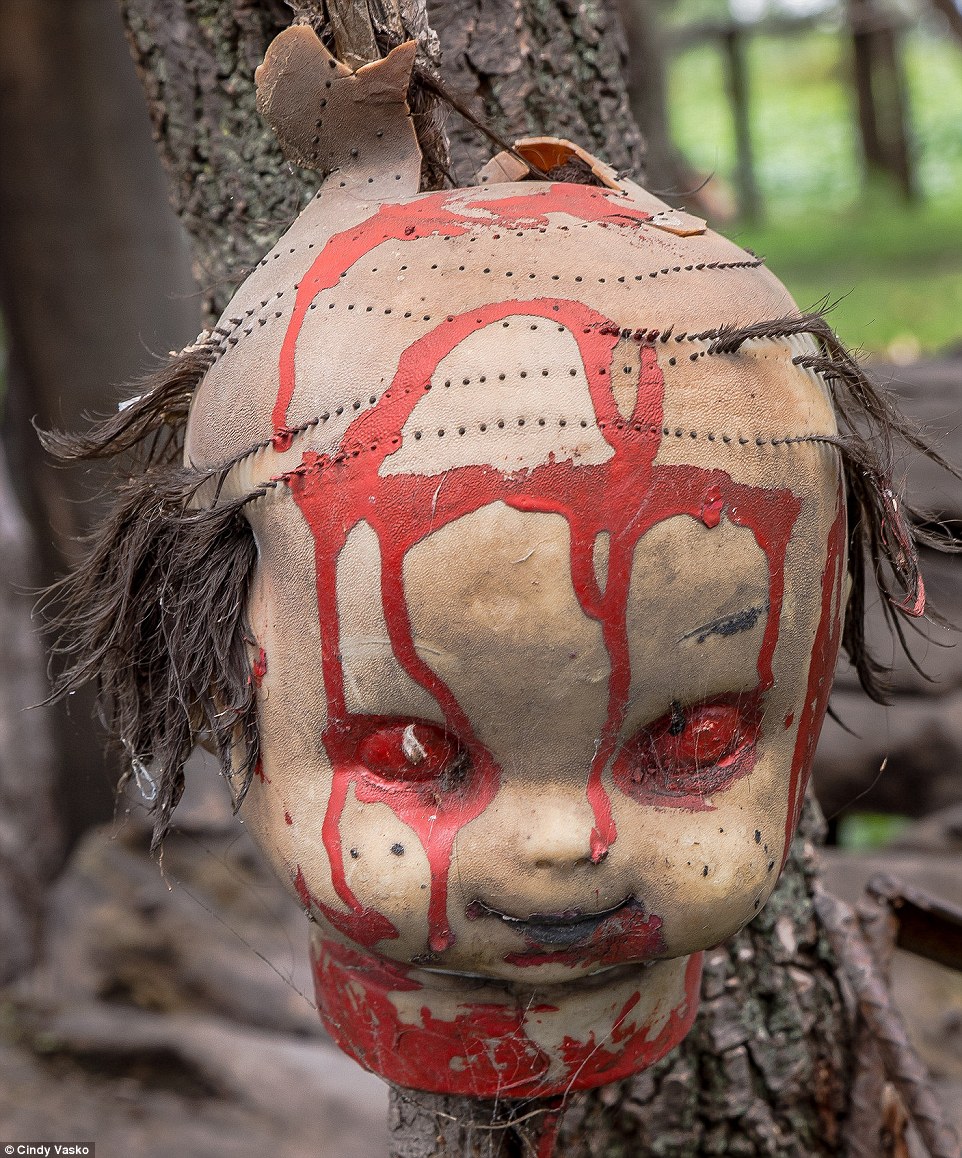 You can always go and visit this island yourself if you feel up to it. But do take a doll as an offering to the spirits, as most visitors do. Who knows what might follow you back if you don’t?

Loca Obscura is a fortnightly series about the weird and mysterious places around the world. These places range from inexplicable physical phenomena to the so-called supernatural sites. If you have any such place in mind that you would like me to research and write about, please post it in the comments below. Tell me if you enjoyed this article and I might be tempted to update sooner!

Slytherin. Wanderer. Bookaholic. Enamoured by all things weird and morbid. You can find her running full-tilt into embarrassing situations all the time. Her sanity left one day to find itself and hasn't returned yet.