It was a devastating evening for Indian fans. Unlike several other India-Pakistan encounters, it was obvious that one team started overwhelming favourites in this one. Hardly anyone expected Pakistan to repay the favour after they were steamrolled by India in their first game. The only thing that Pakistan had going for them was that they were a changed side since then, with three wins on the trot. Yet, it had been that kind of a Champions Trophy: one replete with surprises and upsets. It was delightful to see some of the underdogs turn up and play as if they had nothing to lose, thoroughly outplaying the stronger sides on paper. Seeing teams like Pakistan and Bangladesh on the rise is a fantastic sign for world cricket, as it paves the way for more competition in the future.
Coming to India, it wasn’t a bad campaign for them by any means. Both their losses in the five games saw some exceptional cricket played by Sri Lanka and Pakistan: the former delivered a stellar batting performance, while the latter showed all-round dominance under pressure. Yes, there were glitches that could have been avoided. The bowlers conceded way too many extras in the final (25), and the fielding was substandard throughout the tournament, to say the least. But overall, there were several positives that came out of this tournament. 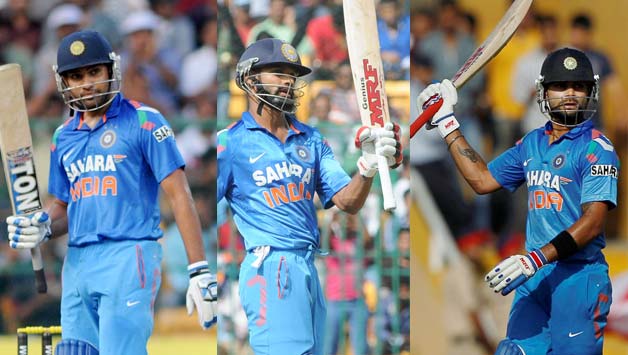 The top 3 looked at their stunning best, and did the majority of the batting in England. Coming back from an injury, the ever elegant Rohit Sharma finished as the second highest run scorer, only to be trumped by his fellow opener, Shikhar Dhawan. Dhawan continued his phenomenal run in ICC events, scoring runs at a brisk pace to compensate for Rohit’s slow starts. The skipper, Virat Kohli, despite getting runs, did not look as fluent as he usually does during the initial stages of the tournament. However, he just kept getting better and better, as it progressed, and topped it off with a splendid 96* off 78 balls in the semi-final. This is a formidable top order that oozes class, and is as good any that India has seen over the years. India will look to these three to lead the batting charge in the 2019 World Cup. 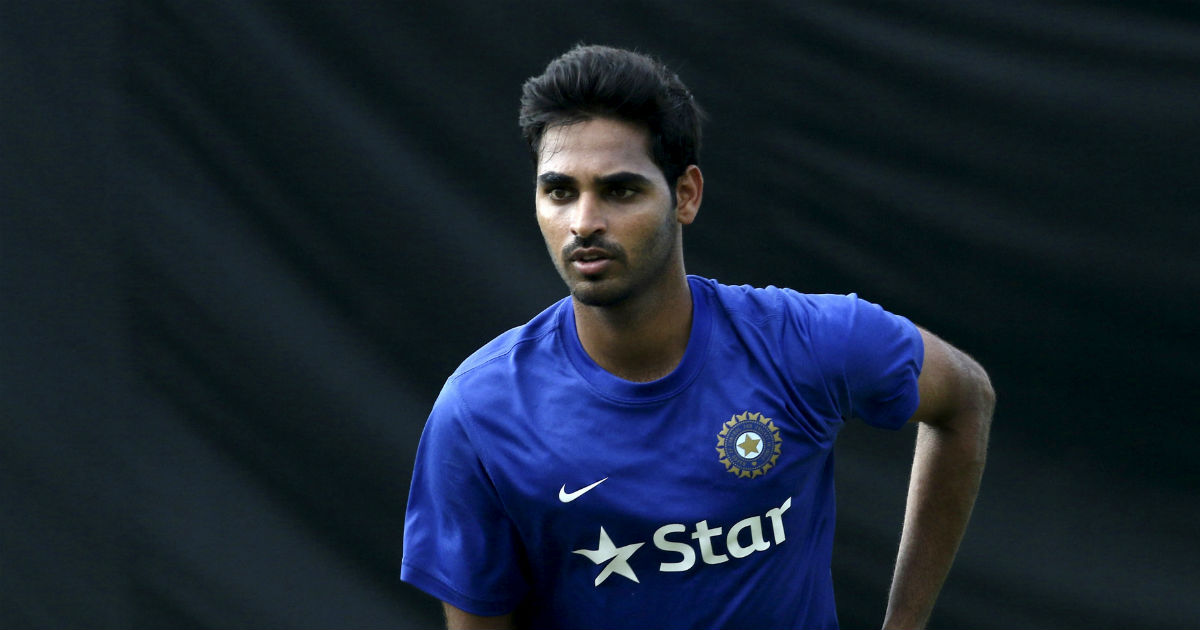 Historically, India has been a team prominent for the great batsmen it has produced. This Champions Trophy, however, the tale has been quite different. There was a lot of buzz and excitement about India’s well balanced pace unit. Despite the lack of swing on the unusually flat English pitches, Bhuvneshwar Kumar was exceptional throughout the tournament, picking wickets regularly with a good economy of 4.64. He was certainly the pick of the bowlers for India. Apart from opening the bowling to provide a few early wickets, he is handy at the death too, as witnessed in the IPL. Young Jasprit Bumrah, who, although might have not finished with terrific numbers, did a fairly decent job with the ball as well. His versatility is a big asset: he can sneak in a few overs in the middle, and of course, bowl those menacing yorkers at the death. Both these bowlers should be mainstays in the Indian team in the course of the future. We did not see much from the rapid Umesh Yadav and comeback man Mohammed Shami, but both can be deadly on their day. With these four, the pace department looks solid and stable, with a lot of variety.

Hardik Pandya – A special all-rounder
As the men in blue were shattered at 54-5 against their ruthless arch-rivals, in walks this fiery 23 year old. Hardik Pandya painted streaks of blue amidst the unstoppable green, spawning a glimmer of hope with his blistering knock of 76(43). The hunger was evident from his rage, as the final nail was hammered into the coffin with his run out. We’ve seen enough of Hardik in the IPL and the Champions Trophy, and it only becomes increasingly apparent that he is a special all-rounder. If there’s any uncertainty, it is about his bowling. If he could work on providing a solid 10 overs every game, he would easily walk into any ODI side in the world. 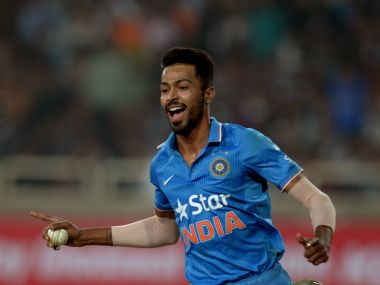 Concerns
Now, onto what India should take away from this tournament. Firstly, for a relatively young side, the fielding has got to improve. No team ever gets away with sloppy fielding on the big stage. Apart from that, there are two other areas that the captain and the management should probably have a look at: the middle order and the spinners.
The Middle Order – Rahane in for Yuvi?
Personally, my main concern with the middle order is the inclusion of Yuvraj Singh at No.4. I think that it is a position that calls for stability, especially considering the batting depth and explosiveness of India’s lower middle order, which consists of players like Dhoni, Jadhav, Pandya and Jadeja. Rahane is simply too good a batsman to be sitting on the bench, and I’d love to see him bat at 4. As acknowledged by the skipper, he can play as a floater in the line up depending on the kind of starts they get off to. He’s nimble and adept in the field as well, in comparison to Yuvi’s sluggishness. Apart from Rahane, India can look to Manish Pandey and Dinesh Karthik to do the job at 4.
M S Dhoni’s contribution to the side is invaluable. It is important that Kohli has the experienced Dhoni to fall back upon for advice on captaincy and field settings, especially during these early stages of captaincy. His deftness behind the stumps is something we often undervalue and take for granted. And despite some questioning his finishing abilities, I still think India is yet to find a man as qualified as Dhoni at 5. 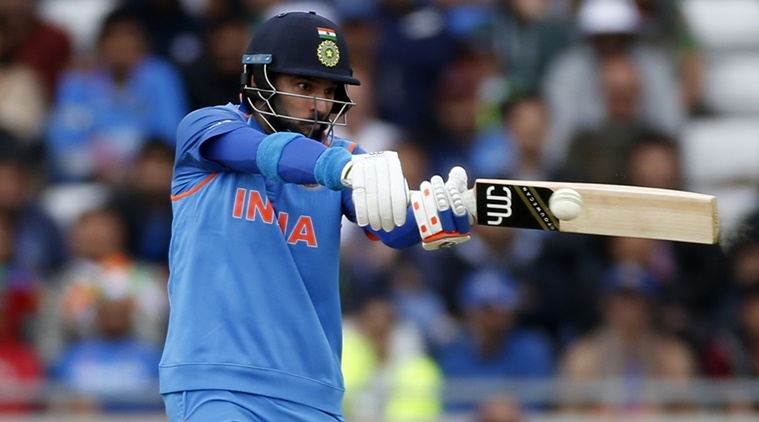 Jadhav at 6 has done a decent job so far, averaging a healthy 57.22. It would be harsh to judge him based on this Champions Trophy, as we did not see enough of him. It is essential to groom him into a good finisher to turn the 300s into 330s and 340s. We did, however, see him bowling his flattish off-breaks, and getting a few crucial breakthroughs, especially against Bangladesh. As a part-timer, he is more than capable of providing a couple of overs for Kohli to play with, adding just that extra bit of value.
Spinners looked innocuous
Apart from the game against South Africa, it was a pedestrian outing for spin twins Ashwin and Jadeja. It would be silly to question the skill they possess: both, Ashwin and Jadeja, are world class spinners. They will be looking to work on being more potent in conditions that offer no turn. It will also be interesting to see India experiment with Kuldeep Yadav, who recently picked up 3 wickets in the 2nd ODI against West Indies. The wrist-spinner would be a great wicket taking option, given that he operates with a tinge of mystery. 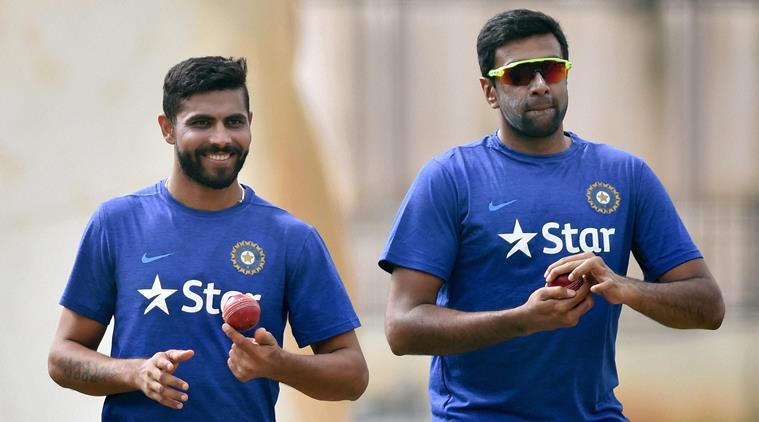 So that’s India’s story in the Champions Trophy: lots of positives, and a couple of areas to deliberate. The find of the tournament, for India, was certainly Hardik Pandya. Apart from a couple of exceptions, this looks like a predominantly settled Indian squad. It would be heartening to see more youngsters stepping up at every given opportunity, vying for a position in the team. If this is the lot of players going into the 2019 World Cup, India will be fancying their chances.