The most accurate definition for this wonderful idiom, the one which you can visualize most candidly, is “ruthless and without feeling any remorse “. This idiom is mostly used in contexts of psychopathic homicide and gruesome manslaughter, not the staple slit the throat or stab with a knife variety. This visualization is exactly what would’ve been running through Truman Capote’s sagacious rumble of thoughts, as he was searching for a title for his new book about two killers, Richard Hichkock and Perry Smith, who had gruesomely murdered the Clutter family in rural Kansas and were on death row for their crime. Quintessential paperback fiction plot, right? Well, no.

Capote was a writer of fiction, but Richard Hichkock and Perry Smith were as real as you could get. Two ragtags who murdered a family, after not finding a safe which was supposed to have had ten grand in cash, as told to them by a fellow ragtag. With these two hideousen and the four innocent victims, Capote was not doggedly writing a novel but reporting; in exquisite detail. He was creating a novel which honestly reflected his efforts of not the policeman’s investigation, but the amalgam of a journalist’s professional nosiness and a novel writer’s raconteuring, a book of “real historical figures and actual events woven together with fictitious conversations and storytelling techniques”: the non – fiction novel.

Truman Capote was an American author, a contemporary to Tennessee Williams, Harper Lee and Norman Mailer, a short story writer until Breakfast at Tiffany’s happened. A story told by an unnamed narrator about Holly Golightly, a jobless New York girl, who lives off wealthy men with her gift of conversation (what a cool surname!). Capote called her “an American geisha”, not a prostitute, a female character unique to the 50s and 60s. Capote caught the imagination of the public with Holly, her promiscuity and his portrayal of womanhood. And then, in 1965, he went a step further. 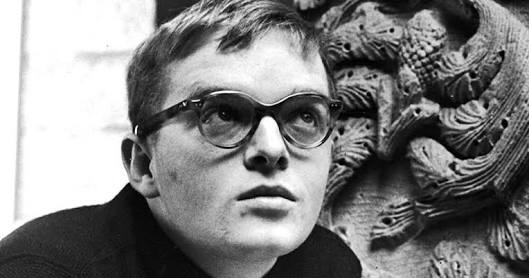 In Cold Blood was a pathbreaking book, a severe jolt for 1960s society, the first born of the wedlock (marriage is too solemn a word) of journalism and fiction, baptized in the blood of the Clutter family of Holcomb, Kansas; the child was named True Crime. The book was great, the prose was Capote-esque, the subject was sensational but the USP was the paperman’s research that had gone in, so meticulous that Capote told Random House to wait until after the execution to release the book, that brought it undying glory.

He had initially planned to just write an article for the New Yorker about the quadruple homicide; but the trip to Holcomb, along with his friend, a certain Ms. Nelle Harper Lee deeply affected him. He decided columns weren’t enough, he needed pages. Even more disquietingly, he developed a relationship of commiseration with Perry Smith, he wanted to humanize the killers, he wanted the world to know they weren’t monsters. Capote believed Perry was not wholly guilty, in part due to Perry’s reading habits and erudition (though Perry’s official statement has him admitting to have killed all four family members), and even arranged lawyers for his appeal. He bribed the Jail Warden for years to unearth Perry’s past, indulging in his memories, his motive and his misjudgement; in the quest to write the perfect true crime novel. Because the event itself has been spoken and written about exhaustively, a writer in the True Crime genre, or as a matter of fact any non–fiction novel, has to exert his powers more on the who, why and how and sparingly on the what, the where and when. Exactly what Capote brought to print.

This creative, focussed period of observing and listening of Capote’s is captured brilliantly by the effervescent Phillip Seymour Hoffman in the movie 2005 movie Capote. Hoffman’s Academy Award winning method acting (you should watch the movie just for him!) is omnipresent; his salacious Capote among the party crowd, his compassionate Capote in the jail cell conversations with Perry and his turn coat Capote after achieving closure with Perry’s own retelling of that fateful day. The movie takes liberties here and there; with a storyline about a non-fiction book which took liberties here and there, that’s not surprising. But, in bringing the research of a book and the idiosyncrasy of its author to the silver screen, it did a fine job.

Critics, however much they wrote about Capote’s fictionalizing going overboard, do not deny the pathbreaking character of the book. Such an accurate establishment of character of the perpetrators, with details coming from their own mouths, was unprecedented; and the third person narration, about this story set in nobody- cares- about town in the Midwest, made it all the more ‘in cold blood’. The whole world was looking at the US of A, but Capote made it look somewhere far away. Inward.

“Reflected reality, is the essence of reality … all art is composed of selected detail, either imaginary or, as in Cold Blood, a distillation of reality”

For a much more comprehensive read on the murders, have a look at the four part series by Truman Capote in the New Yorker